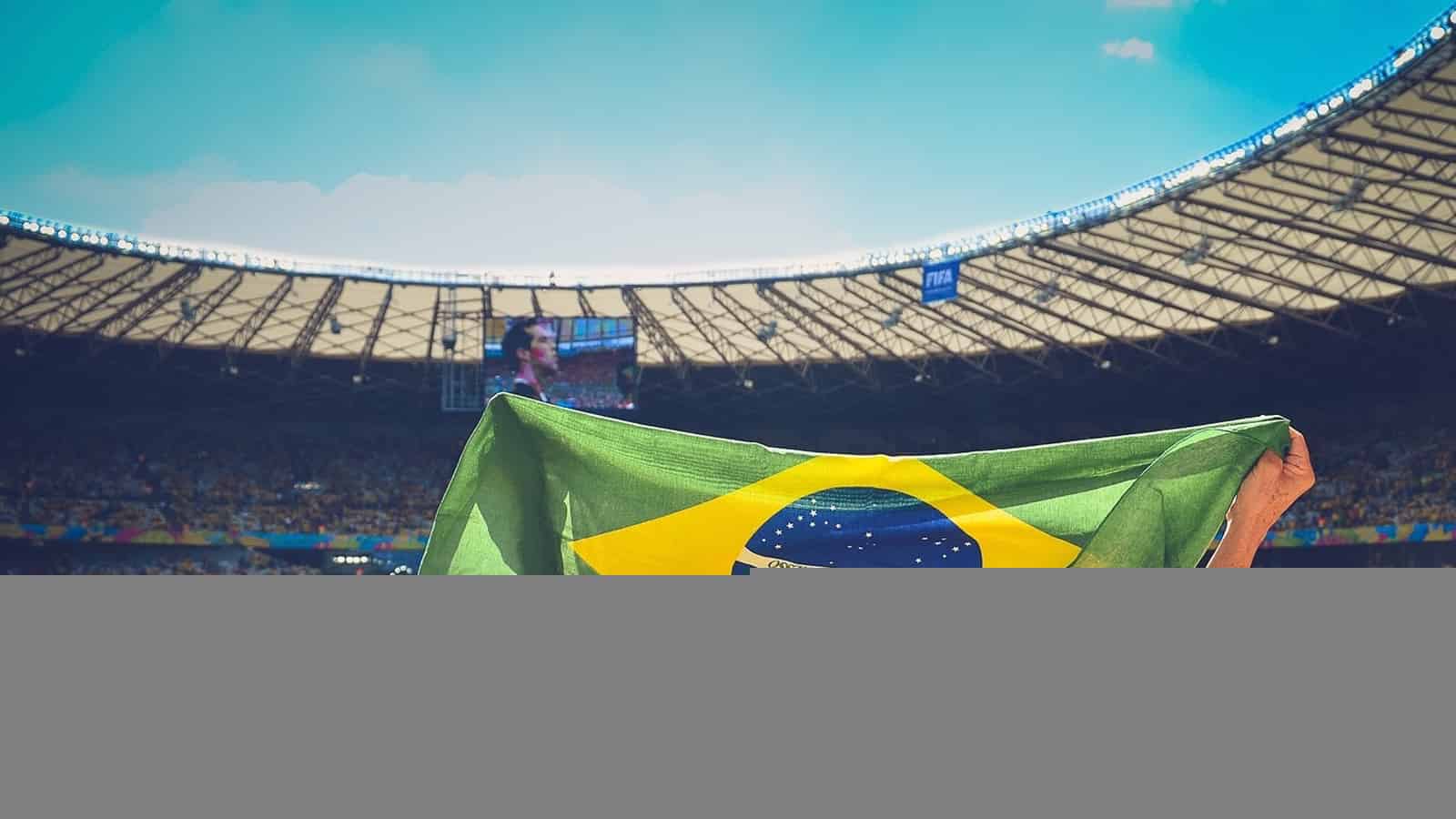 The America Football Cup 2019: how to get to Brazil

When we think of football, the first thing that comes to mind is the overflowing passion that shares many spectators around the world. The strong and uncontrollable sense of belonging that involve a tournament world cup, as nations confront each other. This year, the tournament for the South American Football Championship 2019, will be held in a country that breath, live and love football.

So, whether you travel with a chartered airplane or with private jet, remember that in June, our next encounter will be in BRAZIL.

The South American Football championship, also known as Copa America, is the oldest tournament in the history of football. Salvador Bahia, Belo Horizonte, Porto Alegre y Rio de Janeiro would be the hosting the whole event.  Additionally, the city of São Paulo is responsible for the opening of the game. So, Brazilians and Bolivians supporters, get ready to fill the seats of the Morumbi´s stadium and cheer up your team.

The novelty this year is the participation of 12 football teams, including two Asian clubs: Japan and Qatar.  So, for this tournament, expectations are rising high and are giving a lot to look forward into the days to come.

South American Jets are mad lovers for the soccer game; hence, our goal is to help football lovers, like us, to navigate the days to come at the tournament.  Here, we prepared a useful guide that shows you the cities and the stadiums that will host the coming matches, the teams that will play, the dates and, especially, the airports and aerodromes near the stadiums, where you can land your private plane or hired jet.

We strongly advise you to start preparing your trip to assist the America Football Cup. Remember, those would be the days that chaos will take over the cities. Certainly, this football madness will spread to the nearby airports and private airfields; particularly, when the matches come closer to the quarterfinals and the final game. Hence, we recommend starting preparing your itinerary because the forecasts say that stadiums will fill up.

So, don´t forget. Our next meeting will be in Brazil.

Name: The Estadio Cícero Pompeu de Toledo, is better known as the Morumbi Stadium. Opened in 1960, it is one of the oldest stadiums that will house the America Football Cup. It is the third stadium in importance for Brazilians.

Location: located in the city of São Paulo.

The clubhouse: Morumbi is the headquarters of the official São Paulo soccer team: “Casa do São Paulo Futebol Clube”.

Capacity: With a capacity to house 67,428 people

Games: It will be the stadium where the inaugural match will be played, on June 14, at 9:30 p.m.  Brazil (host country) against Bolivia, from Group A series.

Morumbi will also hold the matches between Japan and Chile, on June 17, group C; and the game Colombia vs. Qatar, on June 19, from series B.

Name: Corinthians ‘Arena is the official name, no nicknames for this stadium. It was inaugurated on April 15, 2014, not without causing controversy and malaise in the social, political and economic Brazilians´ sentiments. It was built for as the venue for the 2014 World Cup.

Location: It is located in the city of São Paulo, east of the city, in the Itaquera neighborhood.

The clubhouse: The stadium is owned by the Corinthians club.

Capacity: It has a capacity to hold 47,605 spectators, but for the Brazil 2014 World Cup, were added temporary grandstands, allowing its capacity to be expanded to 61,600 seats. This shows the adaptability of the stadium in moments of full matches.

Games: On June 22nd, would be Brazil vs. Peru. On June 28, the match will be between the teams that classified for the quarterfinals from group B and C. On July 6th, the encounter will be for the 3rd place.

Name The Itaipava Arena Fonte Nova, with a history that began with its inauguration in 1951 and it was rebuilt and updated for the soccer world cup, Brazil 2014.

Location: State of Bahia – the city of Salvador Bahia

Capacity: it was updated for the 2014 Brazil World Cup and, nowadays, it has a capacity to receive 55,000 spectators.

Games: there will be 5 encounters. The first match will be Argentina and Colombia, on June 15, group B. The 18th, it will be Brazil vs. Venezuela, group A. Ecuador and Chile will play on June 21, from the series C. On June 23, the turn is for Colombia and Paraguay, from series B.

Finally, on June 29, it will be the quarterfinals´ match between group A and B.

Name: Estadio Governador Magalhães Pinto, it is the official name of the stadium but is better known as Estadio Mineirão. It was inaugurated in 1965 and like all stadiums of those days, it was rebuilt and updated according to FIFA standards for the 2014 Brazil World Cup.

Location: It is located in the Brazilian city of Belo Horizonte, capital of the state of Minas Gerais.

The clubhouse: It is the headquarters of the Cruzeiro Esporte Clube, a club that that count with the biggest supporters in Minas Gerais state.

Capacity: today, its capacity is of 60,000 spectators.

Games: there will be 5 matches, including the semifinals. June 16 will be Uruguay vs. Ecuador, group C. The 19th will be Argentina vs. Paraguay, series B. On June 22 and 24, the encounters will be Bolivia vs. Venezuela, group A; and Ecuador vs. Japan, group C.

On July 2, the stadium will be the place for one of the semifinals.

Nearest airports to the Mineirão stadium:

Name: “Arena do Grêmio”. A stadium that although it was recently built, in 2012, was not used as the venue for the 2014 World Cup.

Location: It is located in the city of Porto Alegre, in the state of Rio Grande do Sul.

Capacity: Its capacity is 60,540 spectators.

Games: In this stadium, one of the quarterfinals matches will be held, plus one of the two semifinals.

Venezuela and Peru will play on June 15, group A. On the other hand, the game of Uruguay vs. Japan will be on June 20, group C. By June 23, the match will be between Qatar and Argentina, group B. June 27, will see one of the quarterfinal matches, from the group B and C. Finally, it will be the 3rd of July that one of the semifinals will be held.

Closest airports to the Grêmio stadium:

Name: The official name is “Estadio Jornalista Mário Filho”, known as El Maracanã. It is the largest stadium in Brazil and the recipient of great historical importance in football. The stadium has hosted two world cups: Brazil World Cup 1950 and the not so far in time world cup 2014; but, in addition, it was the place where the final matches, of both world cups, were played.

Capacity: The Maracanã, through its long history, has gone through significant renovations. The stadium maintains the original color, sky blue, and still have the 5 floors. The roof was added for the last world cup, in 2014. Finally, to fulfill FIFA´s standards, the stadium reduced its seat capacity from 96,000 to 80,000 in total.

The most visible renovations are the inclination of the stands that allows better visibility to the field, there is greater proximity to the playfield and the seats are more ergonomic, which favors the viewer’s comfort.

Oher renovations and new additions are the construction of a new tunnel, ramps, escalators, locker rooms only for players, shopping area and the expansion of parking areas, with a capacity for 16,000 vehicles.

Games: Of course, it will be the venue for the final match of the America Football Cup, to be held on July 16.

The other four matches are Paraguay and Qatar, June 16. On June 18 and 24 instead, it will be the match between Bolivia and Peru and Chile vs. Uruguay. On June 28, will be one of the quarterfinals matches.