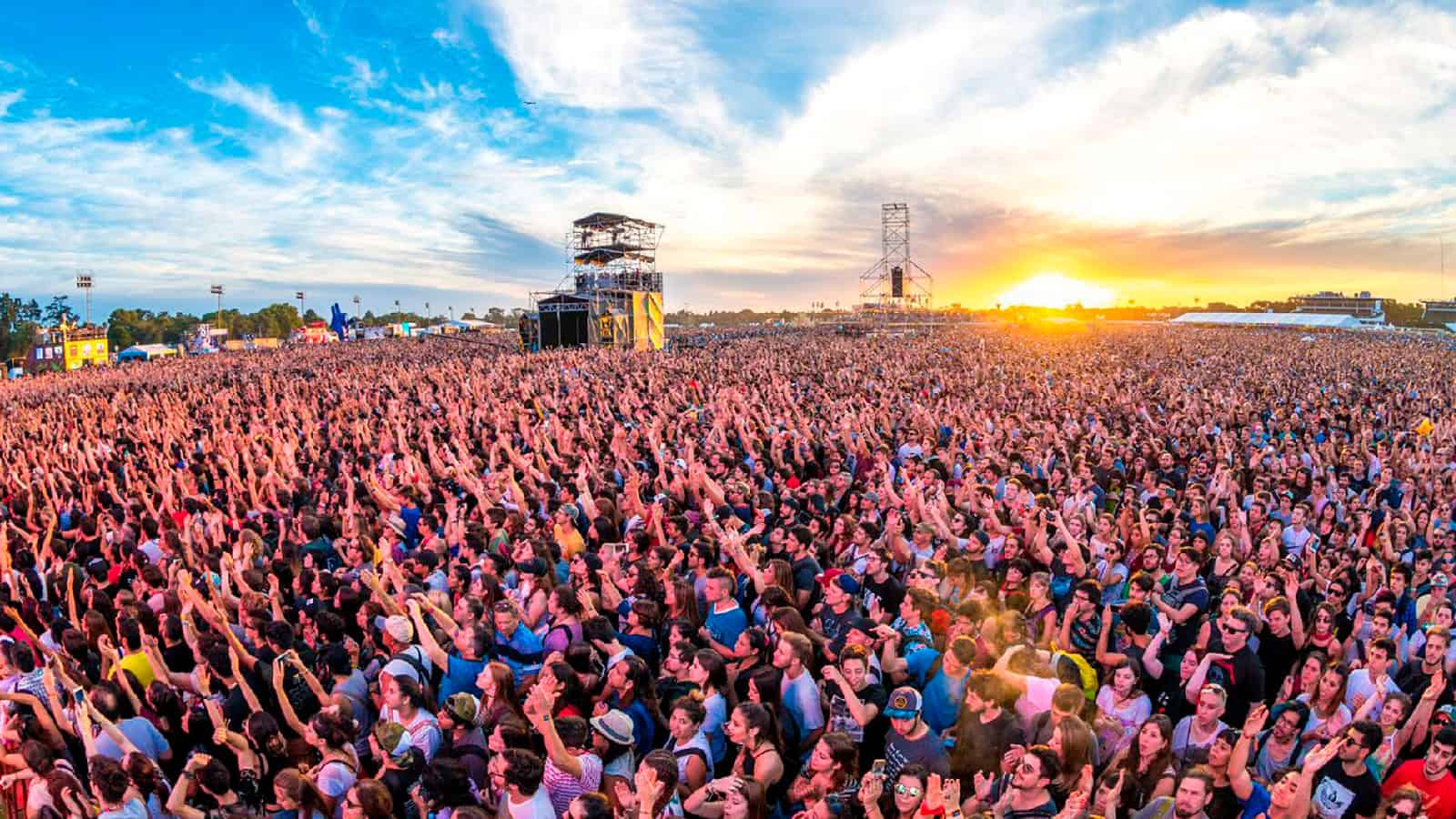 What kind of word is Lollapalooza?

The urban legend says that it was Perry Farrell, leader of the alternative rock band JANE’S ADDICTION, who coined the word LOLLAPALOOZA, by establishing and baptizing the festival with that name in 1991. Perry Farrell’s vision was to create a space where alternative rock´s bands, indie, and punk rock would express and show their music.

Lollapalooza has seen its ups and downs through history, especially low popularity in its hometown of Chicago, Illinois. However, today, the festival name has become a global brand that franchised in 7 countries between America and Europe.

Where is Lollapalooza celebrated?

The countries and dates where the festival would be held for 2019 are:

Three intense days of concerts celebrated in each country where the festival is held. Three days without stopping. With bands and singers willing to leave everything on stage.

The final musical lineup with the invited artists are shown on the web a few weeks before the first day of the concert. And generally, it is a lineup of great figures, musicians and singers as:

The rest of the lineups can be located on the web.

Where does it take place?

The festival takes place in the main city parks, such as Grant Park in Chicago (USA) or O’Higgins Park in Santiago de Chile (Chile). The San Isidro Racecourse in Argentina and the Longchamp Racecourse in Paris, are the settings for the concert. On the other hand, in Sao Paolo, the festival is held in The José Carlos Pace, the car racetrack.

How to get to Lollapalooza’s Festival by Private Jet?

If you come from abroad and especially in Private Jet, we recommend arriving at the small and private aerodromes, close by the great metropolises. For example, the VIP´s San Fernando Airport, near Buenos Aires (Argentina). Also, the airports near Sao Paolo (Brazil), like Guarulhos, Congonhas, and Sorcaba). They are small, private, and offer VIP services. The favorite destinations of celebrities, who choose them as a point of departure and entry for their private jets.

At just hours to begin Lollapalooza´s Festival, many chartered private jets will arrive with the musician’s equipment and instruments from bands and special guests, participating in the festival. Celebrities will take advantage of the airports’ privacy to arrive with their rented jets or with their own planes

If you come from far, rent a private Jet with your friends, and land in the airport like an international star. Begin living the Lollapalooza experience, having a good time… and who knows:

-Oooh! Look who´s getting off that jet. It’s Dimitri Vegas & Like Mike. How cool is that?

Things you should know when attending the Lollapalooza Festival

You must be prepared to spend quite a hasty day in the move, especially if you do not want to miss the presentations of your favorite bands and singers. In this case, we recommend:

1 * According to last year experience, there is not a good signal for cell phones. So get ready with paper maps, and in advance set meeting points and hours with your friends so you do not get lost from each other.

2 * You will spend a whole day at the festival and there are not many places or almost none where to recharge the batteries.

3 * There is an important security deployment, but you should still take your precautions.

4 * Remember that those are hot days; therefore, do not forget to take water containers, coolers, or water bottles full of water, to avoid dehydration.

5 * The festival doesn´t allow you to bring food. However, inside you will get a wide variety of food places. You should take the precaution of wearing the festival bracelet, charge it with enough money and enjoy the gastronomic proposals within the festival.

6 * Prepare yourself to walk, and walk, and walk. So, be comfortable. Take a bag or a backpack feel with the strict necessity items: ID documents, water to hydrate, cream to protect you from the sun, or umbrellas if necessary, sunglasses, hats or caps, and finally some very comfortable shoes.

7* But especially, take with you a lot of enthusiastic vibes and live the Lollapalooza´s experience.