There will be around 4,500 private flights arriving in Qatar during the competition.

With the inauguration of the FIFA World Cup that will be taking place in Qatar, from November 20th to December 18th, 2022, one of the soccer world cups begins that involves a great series of curiosities. There will be around 4,500 private flights arriving in Qatar during the competition.

Qatar is the first Arab country to organize a World Cup, therefore, motivated by the high temperatures that are recorded in summer. It will also be the first World Cup to be held in winter, since for the scheduled dates, the temperature ranges are between 20 and 30 degrees Celsius.

Qatar has invested a lot of money in the construction of large stadiums, but has emphasized recycling and other green initiatives in favor of the environment. In order to counteract other factors that are more difficult to control, such as emissions of carbon. In this sense, Stadium 974, receives this name thanks to the number of recycled containers used in its construction, taking this value from the Qatar telephone code (+974). At the end of the World Cup, this stadium will be dismantled. The containers and the materials used will be donated to developing countries. With a capacity for 40,000 spectators, it will be the first temporary stadium in the history of the World Cups.

Additionally, they have built a solar plant to supply energy to the eight stadiums. Located in Al Kharsaah, a city near Doha, the plant is made up of 1,8 million photovoltaic panels where electricity will be produced.

Lusail is the artificial island designed specifically to host the World Cup, it is located 15 km from the city of Doha, with 35 km2 that will house approximately 200,000 people. Qatar is the smallest country in the world to host a World Cup, a record that took it 100 years to dethrone Uruguay.

However, it should not be forgotten that being an Arab country it has established a series of rules, which can be quite strict for the Western world. Perhaps one of the most controversial is the ban on public displays of affection. As well as same-sex relationships, to the point that you could be arrested if you display the LGBTIQ+ flag at the World Cup.  Regarding alcohol restrictions, drinking is not allowed on the street or in outdoor events. However, after an agreement with FIFA, there will be some tolerance zones, known as “Fan Fest”.

Innovations on the playing field

Regarding the specific game, the “automatic offside” or “VAR” will debut, with a system of 12 cameras that will monitor the movements of the ball. The incorporation of a sensor in the ball is also planned. It will send the data to the cameras and will contribute to the evaluation of the exact moment in which a player hits the ball, marking the exit of the ball by the player. All these data will be used to calculate the offside. On the other hand, the 2022 World Cup will be the one with the greatest female presence in history. In terms of direction or opinion in the game: there will be three referees and three more women with the role of linemen or assistants.

And…Go on a Private Flight!

When it comes to air transport, more than 150 daily private flights are expected to arrive in Qatar throughout the month. The fans that have already begun to arrive, are mainly from Argentina, Brazil, England, France, Mexico, Saudi Arabia, and the United States.

Private flights or charter flights can become the ideal option to get to Qatar. Since the final approaches, for the round of 16 and quarterfinals, the flight options are reduced. In this sense, private jets offers you the possibility of choosing both dates and flight times. Once you try: the comfort, privacy, and distinction that come with arriving in “your own aircraft”, avoiding airport congestion, lost luggage, and delays, there is no doubt that it represents one of the best ways to get around.

In the same way, we provide you with the aircraft that fits the number of passengers traveling to this destination. An example of this was the service we provided to the Peruvian Soccer Team during the World Cup qualifiers, transporting more than 120 people, including players, coaches, and staff to Doha for playoff games.

The Latin American countries summoned for the World Cup competition are Brazil, Argentina, Uruguay, Ecuador, Mexico, and Costa Rica. Accompanied by Canada and the United States if we think of the entire continent. The distances that both, the players and the fans of the teams must travel from Latin America are over 13,000 km, with the exception of Brazil, which is around 12,000 km. 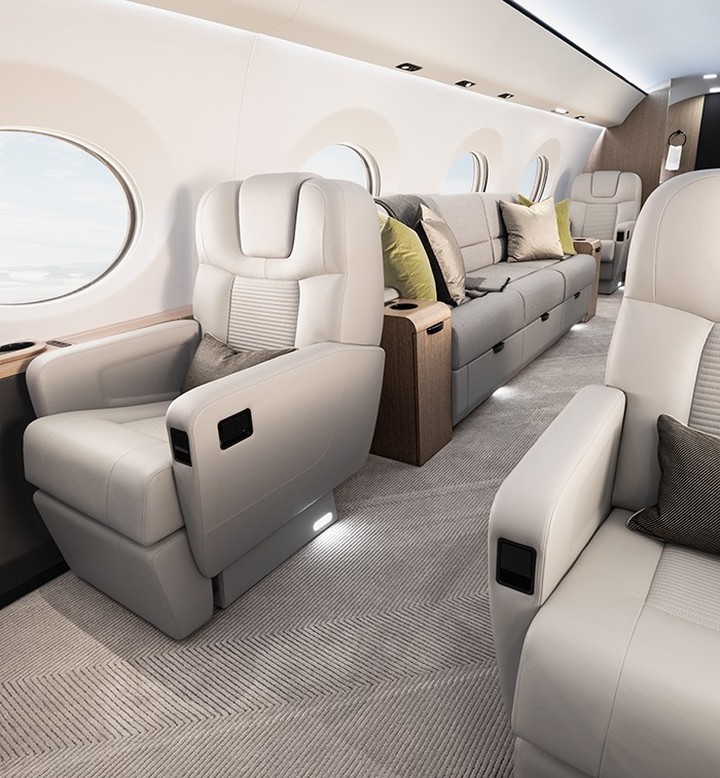 For example, a Gulfstream G400, with a maximum speed of 888 km/h, has an installed capacity of up to 19 passengers. However, for intercontinental distances, it is recommended up to 14 passengers travel comfortably. Given the range of 7,800 km, you can get from any of the participating Latin American countries to Doha, making a stop beforehand in Barajas (Madrid, Spain), with an approximate budget of USD 255,000.

Another ideal option is the Gulfstream G650, with a capacity for 13 passengers and a range of 11,850 km. It could fly directly from Sao Paulo International Airport to Doha. The truth is that the cost of a private flight will depend not only on the distance to be traveled but also on the number of people, the type of aircraft and range for intercontinental flight, as well as the details of luxury and comfort. Organize your group, request your quote here, rent your charter flight and live the experience and all the energy of the World Cup in the front row.